KAREN SPRIGGS - 3D MODELING
PROCESS
At first I was somewhat confused about the purpose of a normal map, as I thought that it was used to smooth out an object based off of a high-poly version of it, however once I realized that it was kind of like a texture I realized that I was incorrect. I had originally planned to make a table for this assignment, however the normal map was not working out so I decided to use the model for later and do something else. The way that I understand it now is that a normal map can make it look like there are parts that are "popping out" or "set in", like buttons on fabric or grooves in wood.

I tried to think of things that would fit in my scene and would also be good for normal mapping, and eventually I decided on a dresser and a footstool/ ottoman. For the dresser, I baked drawers from the high poly version onto the low poly version, however I wish I had also had another detail to use as well. If I was able to use sculpting software, I would probably try to carve out the grooves in the wood and then bake them on, or carve out general wear such as scratches. From class critique I have also become aware that there are some unnecessary edges on the low poly version that I should remove or figure out how to utilize.

For the ottoman the details that I baked onto the low poly model were the buttons and bumps on the top surface of the cushion. I like how this one turned out the most since the renders look quite good and the illusion of depth was achieved with the normal map. The texture I ended up using for the cushion fabric was the third one I attempted to use, with the others not working out because they were too dark and thus the effects of the normal map were not as visible.

Normal mapping was difficult at first, but when I started working on my final objects it became much easier since they were better suited for the technique. In the future I need to work on making UV maps that fill up the as much as the UV space as possible so that none of it is wasted.
PRESENTATION SHEETS 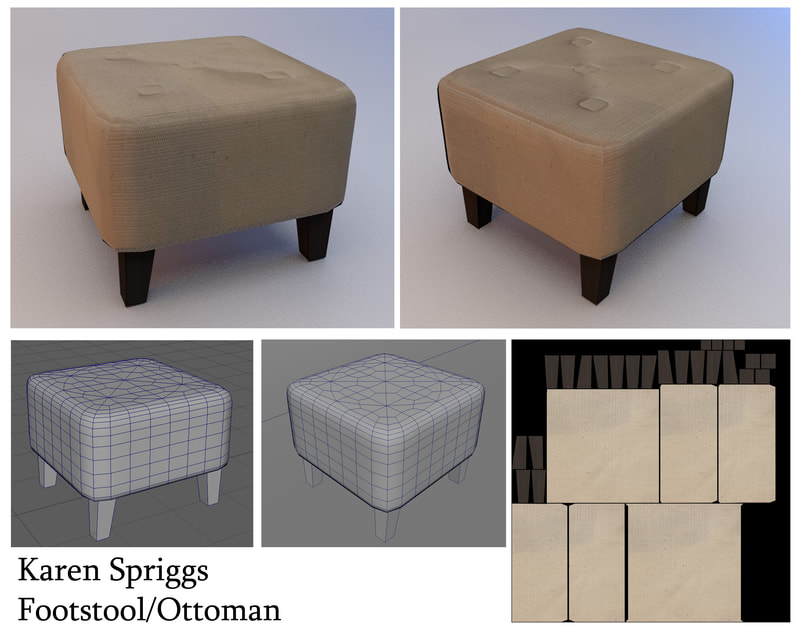 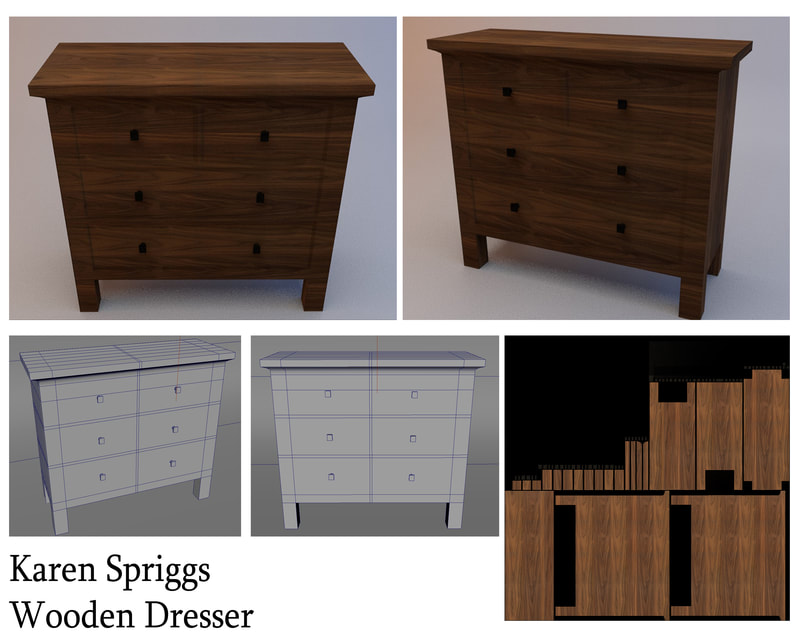