KAREN SPRIGGS - 3D MODELING
CONCEPT
As I knew that we would be building upon our initial Graybox assignment over the course of the semester, I had to put thought into the kind of environment I chose to model. The Graybox was supposed to have the potential to tell a story when it is turned into a completed model, so I began thinking about the kind of story that I wanted to tell.

Since it was the beginning of Winter, and was getting quite uncomfortable outside, I wanted to model a place that was nice and cozy. For me, coziness also comes with compactness, an idea that influenced my choice of props within the scene. I figured that a loft bed, an armchair, and a fireplace were all features of a cozy home. The concept of someone in a cabin sitting at a fireplace reading a book is a classic idea of a relaxed life, so I decided to include two bookcases under the loft bed to help tell this story. I also modeled a small kitchen/ dining room in order to establish it as a more complete living space.

I used planes to construct the walls and floor of the Graybox, and began most of my models with a polygon cube. I made use of edge loops and the extrude tool in order to manipulate the cubes. I used the duplication tool in order to create features such as the rungs of the ladder, the "railing" on the loft bed, and the second bookcase after I made the first. The models of the props were, at this point, meant to be placeholders for their final counterparts and were thus quite simple.

I later did a "paint over" of my Graybox from one angle in order to experiment with color choice and additional props within the scene. After exploring these ideas, I became unsure of whether or not I should include the kitchen and just keep it to the main living space, a route that I ended up ultimately pursuing.
IMAGES
Reference Images: 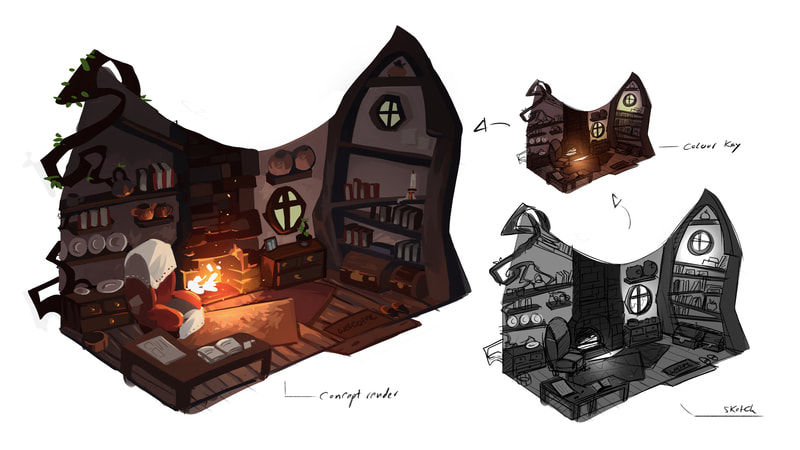 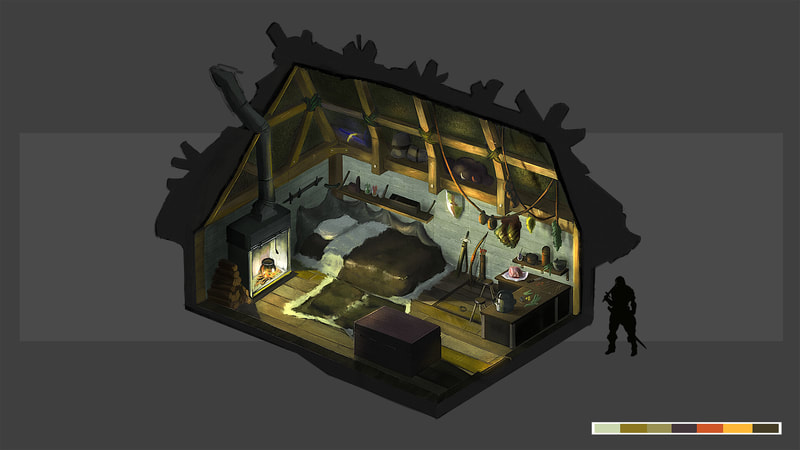 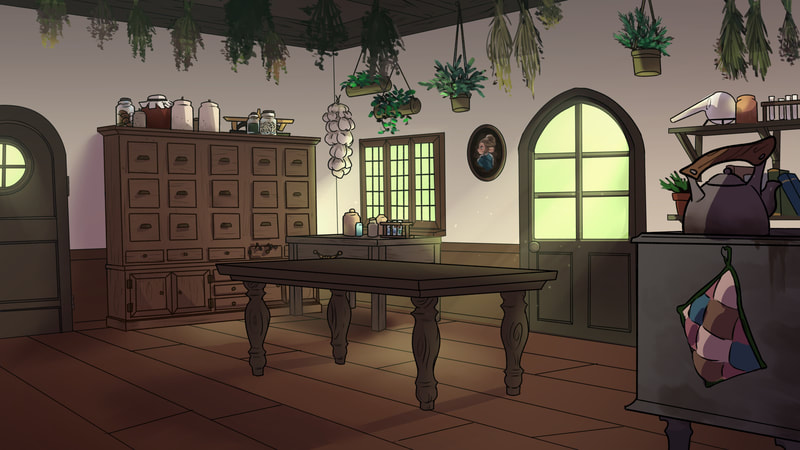 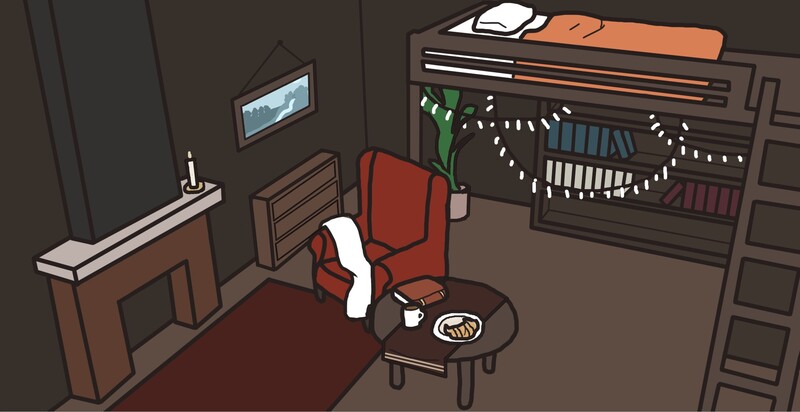 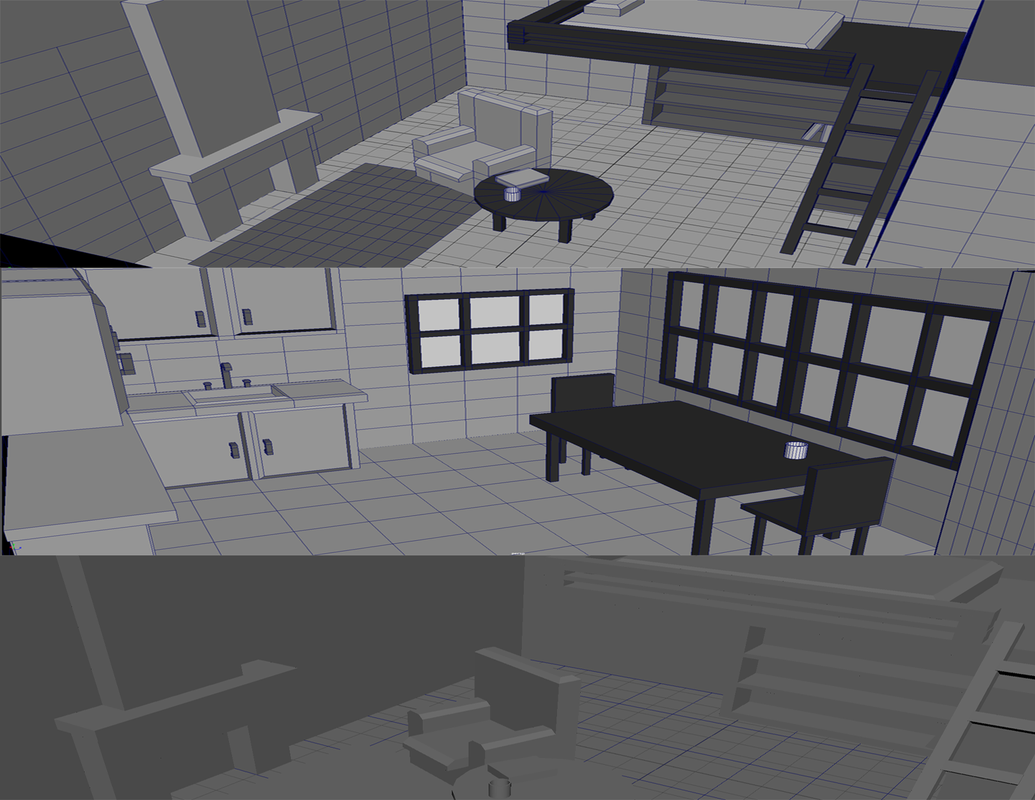