KAREN SPRIGGS - 3D MODELING
PROCESS
Thankfully I had already made the bed and table from when I was trying to use them for my normal mapping assignment, so all I had to do was to give them textures. The assets that I had to make in the last week were the potted monstera plant and the fireplace, as well as the string of lights hanging off of the loft bed. I wish I could have modeled the little individual stones that made up the fireplace but I was sadly running out of time and had to make do with what I could realistically accomplish in a week alongside my other assignments. The monstera plant was made up of planes for the leaves that were assigned a basic leaf texture.

As I was building the scene itself using the assets that I made previously, I kept making small changes to the size and position of each element to find what looked right. I was concerned about having each of the items relatively proportionate to one another, and I hope that there are no glaring issues with that which I did not catch. Choosing what should be on the walls was hard, and I still don't think that the wallpaper I chose is exactly how I wanted it to look however it was the best option out of what I could find. I also played around with the perspective view to find camera angles that I could use for my final renders, which were limited by the size of the scene itself since the room was quite small.

If I were to do this assignment again I would try to add more detail to the fireplace and create some smaller props to put on the bare surfaces of some of the furniture.
PRESENTATION SHEET 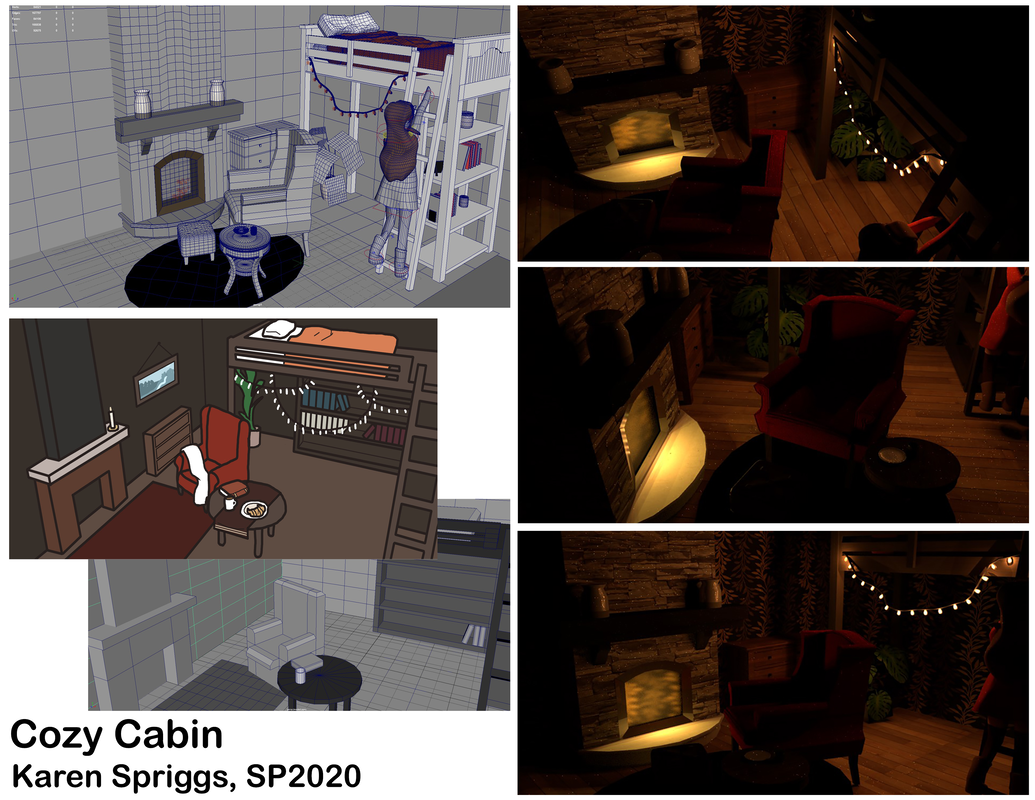